Our RFP outlines the expectations and requirements to submit your proposal
for landscape architectural services for the Botanical Garden of the Piedmont.
Access to the RFP and Q&A may be obtained by completing this form which will be submitted to the Chair of the RFP Committee.
The deadline to respond to the RFP is January 15, 2018.
Thank you for your interest in the Botanical Garden of the Piedmont.
Jill Trishman-MarksChair, RFP Committee

History
Mission and Vision
Staff
Board
Directions to the Garden

BOTANICAL GARDEN OF THE PIEDMONT

Botanical Garden of the Piedmont is a 501(c)(3) nonprofit organization.
All donations are tax-deductible.

Stephen T. McLean brings a wealth of organizational experience to the Garden. He not only founded his own real estate firm: McLean Faulconer Inc. Realtors, he has served as a Treasurer, Vice President, and President of the Charlottesville-Albemarle Association of Realtors and has been appointed to the Virginia Real Estate Board by the Governor.  As well as his great success in business which brought him into contact with all areas of the state, Stephen serves as a board member of various nonprofits including the YMCA and Charlottesville Tomorrow. A native of Charlottesville and an Albemarle resident, Stephen looks forward to growing the Garden as a community resource.

Jack Bocock is an experienced Board Member; he has served a variety of nonprofits and educational organizations including St. Paul’s Memorial Church, Piedmont CASA, and Virginia Union University.   His specific expertise is in finance and investments.  A former Naval Special Warfare Officer, Jack knows the value of service and how to get down in the weeds!  He enjoys the outdoors in many ways, including hiking and skiing, and is excited to work on behalf of the Garden.

Rodney is also a lifelong gardener and landscape designer.  Presently, Rodney and Alexandra are embarking on their third extensive residential garden/landscape project for themselves and are also members of several local garden and horticultural venues dealing with environmental and native habitat issues.  Rodney and Alexandra have also visited many gardens and botanical gardens in both the US and Europe and are very enthusiastic about being involved in the advent of the McIntire Botanical Garden (now Botanical Garden of the Piedmont). 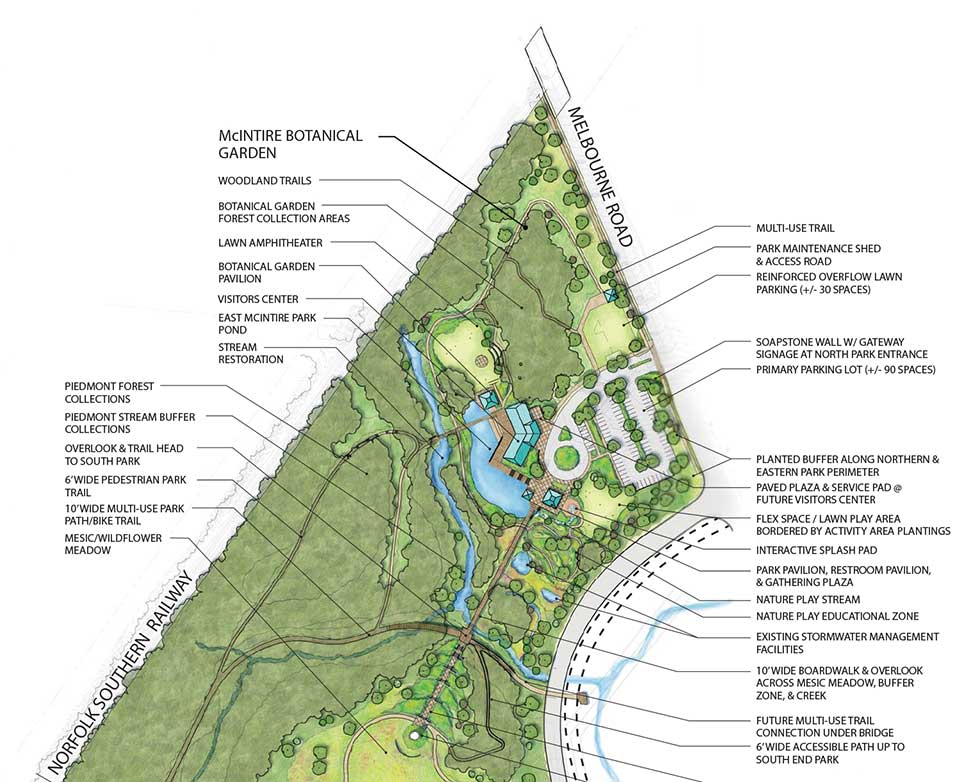